Vote in Ukraine: Choice with no choice

Yesterday, in occupied Kiev, the new Ukrainian junta formally inaugurated the new president, Petro Poroshenko. One of the aims was to finalize the "election" of oligarch billionaire Poroshenko in one round. The main goal of this “election” is to give respectability and credence to an extremely illegitimate junta, and to make acceptable the following internal reconfiguration by the removal of some of the most discredited characters from positions of power.
This "election" would be recognized even with a 100% absence of voters. Bulletins were neatly set into ballot boxes in advance. 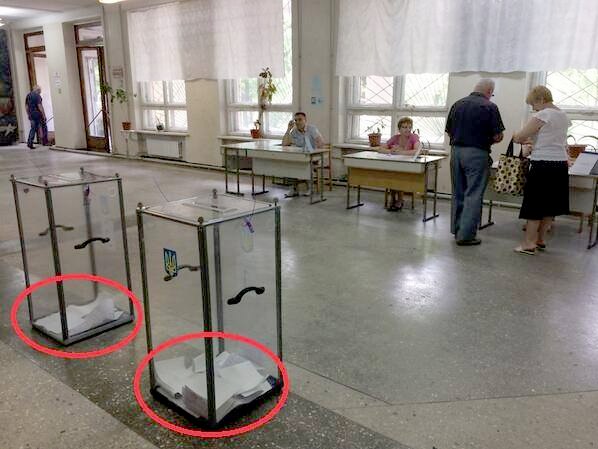 ... or not so neatly but more naturally:

For ordinary people, there was no point in voting for representatives of the fascist regime, whom now fight with each other for power. None of them is representing the people or country's general interests.
This show of an “Election” in the South-East, and especially in NovoRussia, did not go smoothly. In Donbas, except for a few occupied areas, people boycotted the farcical “election". At Square of Freedom in Kharkov, more than ten thousand people protested against the election.
At the same time as this ridiculous "election" was taking place, 42 APC and several "GRAD" multiple rocket launching mobile batteries were moving toward Lugansk. There are dead and wounded among the civilians now. The press service of the People's Republic of Lugansk reported: "In Novoydar village in the Lugansk region National Guard shot people for refusing to open a polling station."
The new President stated: Anti-terrorist operation will be short and effective now.
Another fascist has got into power... 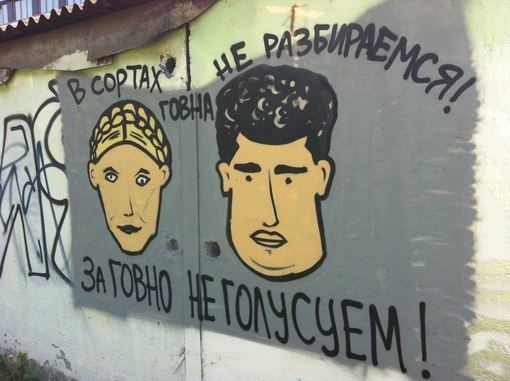